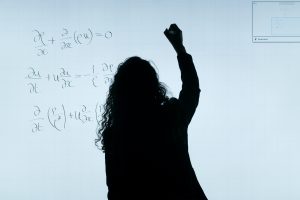 One of the highlights of Christmas is watching the Royal Institution Christmas lectures. The tradition was started by Michael Faraday in 1825 and the lectures have been shown on TV every year since 1936 (except during WW2).

Although I think they are intended for an audience of 11s to16s, the content is equally fascinating for adults.

This year, the three lectures focused in turn on earth, water and air.

I watched them all before realising how valuable they were to speakers and trainers, so I made notes on the third one. This article summarises what you can learn:

1. They’re called lectures, but they are not just lectures. They are a series of demonstrations and experiments, often including a volunteer from the audience.

They call it ‘hands-on science’, and have gamified the theory to make it easily digestible, just as I recommend you do with your own content. (See the ideas in my Experiential Speaking book and upcoming ebook about online engagement.)

2. This year, rather than having an audience in the lecture theatre, the RI strung up a row of Zoom screens displaying a virtual audience. But that didn’t stop the interaction.

It can be hard to judge the level of interest from a remote audience. You don’t see body language. You don’t hear muttering and whispering. In fact, when they are concentrating hardest, their faces give least away.

At the RI lectures, whenever the demo was dramatic, the audience was invited to count down “3,2,1!” Despite seeming to be passive listeners, as soon as the young people were invited to join in, they did so enthusiastically.

My trainees do the same. Whenever I ask them to do something – type in chat, click a reaction icon, wave a prop, go into a breakout, draw on the whiteboard, anything else – they focus on the task and the learning point.

On watching a recording of a full-day course I delivered recently, I realised I still do too much talking. I therefore decided to add even more interaction so they hardly have to sit and listen at all.

3. In my book, I talk about mixing the virtual and the real world by using red/green or yes/no voting cards, and suggest sending your participants branded cards they can hold up at key points.

In the third lecture (which was about atmosphere), the presenter (Tara Shine) spun a wheel three times each to demonstrate 1 degree and 3 degrees of global warming. The young audience was invited to guess the impact by showing wetter/dryer cards as part of a game to show the uncertainty and risk at each level.

4. In checking their responses, she made sure to call out individual audience members. Some smiled, some waved. I suspect they were all pleased to be recognised and acknowledged for their contribution.

As an aside, I also noticed that some schools had named their students by number rather than first name, presumably, for privacy and safeguarding reasons. Renaming is also an activity you can use for a specific purpose.

5. Every 15 minutes or so, each main presenter invited a guest speaker on stage to contribute their expertise. It meant that attention didn’t stray. There was always a new stimulus to hold your focus.

I recommend doing something different at least every 15 minutes online. Otherwise, it’s just too hard to avoid the notifications on your phone, the social media monster that needs feeding, or the distractions of working from home.

6. The audience applauded everyone on arrival and departure as standard, whether they were good or bad (they were all good, of course).

This reminded me not to take applause as feedback, because a polite audience will applaud you anyway.

What this means to you

Education has come a long way since I was at school. If young people are used to being involved in their own learning in this way, they will have the same expectations when they become adults. Those are the people in the workplace today. Those people are your audience.

it means you have to work harder to keep their attention. So use your imagination, use props, use games, use anything you can think of to get your message across.

And make a diary note to watch the RI lectures next year. They’re educational in more ways than one.

I delivered a presentation to PSA Scotland last night. They wanted a masterclass on copy that converts. After nearly 40 years as a copywriter, I could talk about it for a week! I have lots Read more…

8 principles of online engagement, as explained at the end of my interactive fun & games with PSA Yorkshire in December. Hope you find them useful. 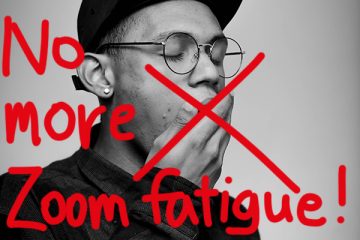 Here’s the recording of this week’s festive webinar for Ideas on Stage. We played three games you can play online that help with: Engagement Revision Team-building For more ideas, please get in touch.