Activities for the boardroom

Recently, I spoke to Ashley Blackmore from Positive Momentum. He occasionally uses interactive exercises with corporate clients – although he would never call them ‘icebreakers’ or ‘energisers’.

Here’s the edited transcript of our conversation…

How do you use icebreakers and energisers?

Sparingly, if at all. We certainly wouldn’t ever say: “This is it, we’re going to do an icebreaker!” We would never use that terminology.

That interests me because I was wondering whether you’d even describe yourself as a speaker or a trainer or a presenter or a facilitator. You’d probably call yourself a consultant?

Yes. We are a broad-based business consultancy. We talk with a business, find out what it really needs to change to grow, and then figure out what the intervention is to make that happen. And that intervention will not always involve any sort of workshops where we need to use icebreakers.

So, on what occasions do you find yourself standing up in front of a room full of people?

We do a lot of boardroom meeting facilitation, for example. If a boardroom is running very well, we’re unlikely to be invited in. We’re invited in if they could be working better as a team.

In a boardroom, you probably need a tiny bit of conflict. It’s like a Swiss watch. It might have a perfect, beautiful movement, but, if there isn’t a certain amount of friction, the cogs are not going to turn. Completely smooth is not going to work.

So we might use an exercise to get everyone feeling more comfortable with each other and in a position where they’re more willing to trust. It raises the energy as well, which is always good.

What kind of exercises have you found to be effective with a boardroom full of directors?

Any activity would be quite low key but would be totally related to anything we were looking to come out of the rest of the day.

Let’s say we’re working with a boardroom where they need to build trust and empathy with each other, to help them lose the politics and act as a team.

Making people feel slightly exposed and vulnerable starts to build that feeling of trust between them – not terribly vulnerable, just slightly.

Can you give an example of how you get a room of directors being vulnerable?

Three simple questions like that can bring up an amazing array of conversations. As it goes around the room, what people share can become deeper and more meaningful.

After people have shared with each other, they now have more understanding what’s been driving someone, or the reasons why someone might not want to do something.

Is there a way you frame it so they understand why you’re starting your meeting off in this, quite personal, way?

You’re going to know when it’s right for you to be able to ask those kind of questions. That’s probably not an exercise I’d do the first time I work with an Executive Committee.

What we might do at the first meeting is something a bit lighter, but that achieves the same sort of thing.

Perhaps in more of a workshop situation I’d get them into groups of three and say: “Two of you have got three minutes to ask the third person as many questions as you possibly can. There’s no depth involved. It’s just to see how many questions you can ask.

Then, two people have two minutes to ask even more questions of someone that hasn’t been questioned yet.

And then you change it around again. The last person that gets questioned in one minute. The challenge is to ask them at least as many questions as they did in three minutes and in two minutes.”

It’s a questioning exercise about data-gathering. It’s about what you’re learning, but it’s also about how quickly and effectively you can start to really learn about someone.

What other exercises do you use to develop questioning skills?

We might run a session where someone has two minutes to phrase a problem in their work and the other person is going to ask them as many “bloody good questions” as they possibly can.

They are not there to solve the problem. It’s just about the depth of the questioning to help elicit a really good answer.

Can you tell me about an activity you’ve witnessed that really didn’t work for you? And another one that you found really effective and memorable?

That’s an example of a bloody good question!

The exercises that don’t work for me are the ones where someone gets you up and doing something vaguely uncomfortable, slightly awkward, designed to push you out of your comfort zone. Generally, it’s not relevant. The person in charge of the room has then put themselves in s position where they have alienated themselves at the beginning of the day, then they have to try to win the room back.

I was at an event where we spent ages on some memory technique that was really, really difficult, and went on for ages, but when we got to the end of it, I was no better off. Looking around, very few people in the room actually got it. I think the room had been badly judged.

I’m completely with you on that. In the whole introduction to my book, I bang on and on about how there has to be a point to any activity you use. Is there anything else that you think speakers, trainers and presenters ought to know, if they’re considering using activities to make their learning points more memorable?

Yes, that you must do them with confidence. When you get on the stage, you’ve got to be a bigger version of yourself, whilst you don’t want to become a caricature.

If you don’t have the confidence that it’s going to work, that will come over. Your character sort of shrinks back a bit when you can see that it’s not working, and the whole thing just becomes a bit painful.

Have you got what it takes to pull off the exercise that you’re going to do? Have you got confidence that it’s going to work? It’s not always about having done it before, because there’s always got to be a first time that you’ve done it. But have you thoroughly looked at it and understood it?

Finally, as I keep saying, is it actually relevant to the day? Is it going to add something? Or is it just a bit of fun?

How can people out more about you and Positive Momentum?

Please go to my Ashley Blackmore profile on PositiveMomentum.com. 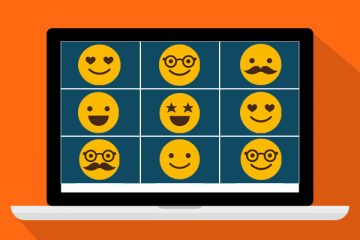